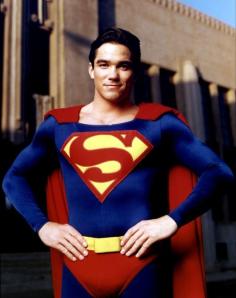 It’s a commonplace in American politics to ascribe corruption to every elected official.  They’re all crooks, we say… and the system makes such sweeping condemnation credible.  You can’t get elected without publicizing your candidacy, you can’t publicize without advertising, you can’t advertise without campaign contributions… and you can’t elicit meaningful contributions unless a body of deep-pocketed donors has reason to believe that you favor a certain agenda.  So… there you are, bought and paid for in the eyes of the casual cynic.

As I ponder the misery of conservative Americans, forever watching their government slide farther left by promising more and more goodies to possible voters, I share in the cynic’s disgust.  We who just want to be left alone (How about a “Back Off” party, with the Yosemite Sam who used to appear on trailer mud-flaps as our mascot?) are constantly being served the challenge, “Well, look at what the other side’s offering!”  We have to be content, then, with a slower rate of drift into the national debt chasm that yawns as millions of ne’er-do-wells sell their vote to the highest bidder.  Or we don’t have to be content, of course: we can sit out elections and opt for a straight nosedive.  Maybe the more abrupt catastrophe will be more fruitful—maybe those who survive it can get about piecing something together from the rubble sooner.

I’ve grown so familiar with both sides of this Hobson’s Choice over the years that I can argue for and against either one with equal vigor… and equal despair.  I don’t know how we find and promote candidates who genuinely wish to save the republic rather than feed off her decaying carcass—or, in the unlikely event that we elect them, how we keep them from going flabby within their first term.

Lately, though (and maybe thanks to a steady water-boarding in cynicism), I’ve begun to envision a new kind of candidate.  This worthy would already have amassed a small fortune, would already have very broad “name recognition”—and, most importantly, would already have experienced mistreatment at the hands of the info-tainment industry.  For the last criterion is essential: it’s what is permanently, fatally missing in our patriotic, clean-cut saviors who turn two-faced during their freshman term.  Someone—I think it may have been Chris Putnam—explained recently on Daniel Horowitz’s Conservative Review that mere surrender to the barrage of media criticism is a major cause of our champions going Judas.  It makes sense, if you consider the following picture.  Just who is this bright young star of ours?  A pleasant man or woman who’s very used to pleasing—who has known nothing else since being class president for several years running in high school.  This person has the smile, has the wave, has the walk.  He’s always charmed everyone… until now.  Now, alarmingly, the magic is gone.  That has to be terrifying.  How to get the magic back?  What does Orpheus do when the trees no longer uproot themselves to dance to his sweet lyre?  One has to suppose that he lets the strangely unmoved audience call the tune, and the tempo.

Consider, by way of example, the current game of rope-a-dope that “wise Latina grandmother” Sonya Sotomayor is playing with Chief Justice John Roberts.  She’ll get results; she usually does.  Roberts is more concerned over his acceptance by the beltway intellectual elite than he is about preserving the Constitution.  Ironically, his new compatriot Brett Kavanaugh is cut from the same cloth, despite a take-no-prisoners confirmation hearing that duped most of us into supposing our rock-bottom values to be the stake.  Kavanaugh is another prep-school party boy, though admittedly (hopefully—please-God-surely) almost as wise now as a Latina grandmother.  Sotomayor was correct in her snarky talking out of school to this extent: we do tend to preserve bits and pieces of the prejudices in which we were raised.  For Kavanaugh, the corrosive residue upon his judgment is one of wanting to please, of expecting to be praised.  It’s what he has always known.  (For Sotomayor, it’s a default retreat to the “Latina” trump card that has always won the hand in the past, even though her confidence in that strategy utterly undermines—patently contradicts—her sworn duty to consider all human beings as individuals equally endowed with rights.)

So… so who, then, is our superhero candidate capable of leaping over such obstacles in a single bound?  What about a figure from the world of professional athletics whose gilded reputation provides a breastplate against media slings and arrows?  What about Curt Schilling, the should-have-been (perhaps soon-to-be) Hall of Fame pitcher?  What about New England Patriots coach Bill Belichick—or his protégé, quarterback Tom Brady?  Wrestling superstar Tyrus has established his political gravitas on Greg Gutfeld’s show, and enjoys the additional advantage of being black.  Does that matter?  Am I really clinging to the notion of identity politics?  Why, yes: inasmuch as the name of this new game is vanquishing the propaganda machine at work behind news desks everywhere, any contradiction of the simplistic profiles spewed over our air waves is welcome.  We’re playing a game, precisely.  Our society is in a degenerative stage which its founding fathers would have recognized as fatal.  We can no longer merely rely upon sound arguments made by honest people—for a shocking percentage of the electorate reasons by pure association, and elected representatives of routine qualifications soon lose their honesty.  Those are the game’s ground rules.

The new candidate, therefore, needs an “in your face” attitude.  And his defiance has to be such that the public credits it to his established “bad ass” persona.  He must be able to jump down Jim Acosta’s throat, come back out with a fistful of viscera, and throw them in the impudent punk’s face.

Albert Pujols: he’ll be retiring soon.  First-ballot Hall of Famer.  The most terrifying batsman of the new millennium’s opening decade, and a giant of a man (a Latin giant) who silenced questions about his possible steroids use with little more than a scowl.  What sticks in my mind about Alberto’s political inclination is a proud remark I once heard Glenn Beck make about the world’s mightiest clean-up hitter being one of his fans… and also a much more recent, very understated regret voiced by Pujols about California taxes.  He’s Latino-wise enough, I’m sure, to keep his mouth shut on more hot-button issues until the Cooperstown vote is recorded.  He doesn’t want to get “schillinged”.  Wise, very wise.

But you see how this plays, anyway.  Would an actor also meet our specifications?  Maybe.  Dean Cain has played Superman, and doesn’t appear (in truly Superman fashion) to fear the Twitter spittle drawn by his conservative views.  Our man Ronaldus Magnus seemed to have mastered the art of ignoring flights of rotten eggs and tomatoes thanks to his screen career.  One could wish that Schwarzenegger had been a little less impressed with social engineering… but he, too, serves to sustain the main point.

Which is simply this.  Our broken system is preserved in constant shambles primarily (speaking from a purely mechanical perspective) by the unremitting slanders that educational institutions and broadcast media heap upon non-progressive, “back off” candidates.  We look for new faces who have “done things”: created jobs, served in the military, fought infanticide in the courts… and these tyros keep getting themselves shot down or captured in the first sally.  (Oh, by the way… yeah, how has Martha McSally worked out?)  It’s time now to pay attention to character rather than accomplishment—and when I say “character”, I don’t mean church attendance and fidelity to one spouse.  Maybe I should have said “personality”.  We need tough guys.  We need people who will stuff the slanders in their mouth, chew them into nails, and spit them back where they came from.  We need not to put nice guys on the ballot, guys like you and me.  We need a bad-ass.

Okay, so I’ve been describing Donald Trump… I guess.  I could argue with you about that.  For my taste, Trump spends too much time tweeting intercepted missiles back where they came from and too little time actually attending to policy.  (There’s an enormous amount of matter, for instance, capable of exposing the Swamp in all its stench that he could declassify tomorrow; why, oh why, doesn’t he do so?)  Imagine Bill Belichick giving the State of the Union instead of the Donald.  No celebration of Jevonka’s “jailbreak” bill, nor even a Medal of Freedom for Rush (though I’m fine with that: hell, Barack Obama dished out 123 of the things to people like Isabel Allende, Barbra Streisand, and Bruce Springsteen).  No, I picture Bill at the rostrum quietly, almost monotonously detailing all the duties not performed by the House, the Senate, the courts, the media, the universities, the banking sector… and then he raps his thin stack of notes sharply on the mahogany, turns to leave, and leans into the microphone for one last, very dry comment.  “Just do your job.”

Will I leave to hear those words from that stage?