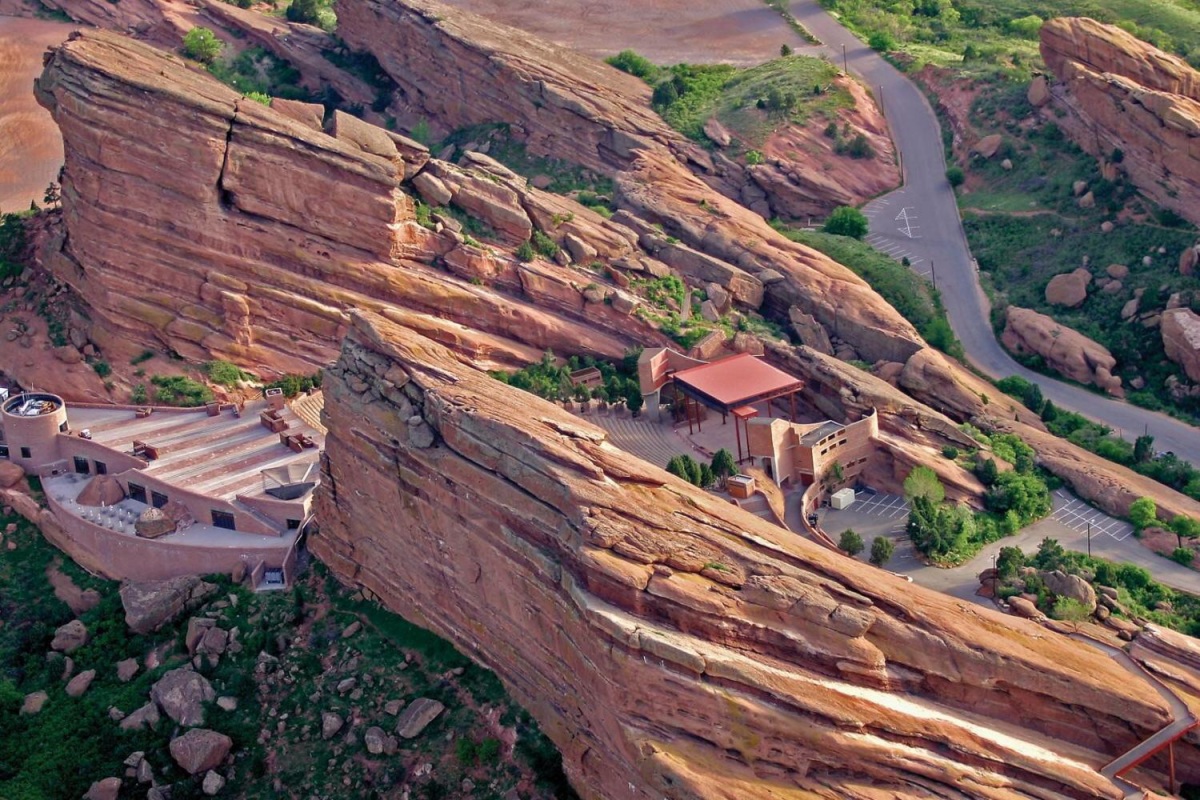 Sorry, but  I don’t like Denver.  Don’t think I ever will.  I just attended my son’s graduation from a college there, and… and, as on every previous visit, I spent my stay feeling as though I were being watched–as though a huge hand were about to descend upon me from the sky, like a giant’s absent-mindedly swatting a gnat.  The Rockies themselves are not so very near as all that–less near than the Franklin Mountains to El Paso; but they throw down foul weather at all hours of the day with practically no warning.  One minute, it’s sun and big blue sky; then I strangely get that sense of being watched or stalked, I look over my shoulder, a huge black cloud comes spiraling in over my head, and lightning starts to flicker.

I’m never comfortable in places where the weather has no rhythm, but strikes like a rattler from behind a rock.  On Monday of this past week, we were about to take a hike when a hailstorm trapped us in the car for half an hour (as blue sky mocked us in the distance).

Of course, the city is full of rich Yankee-doodles in search of a scenic retirement spot and yuppie leftists seeking refuge from the political debacle they’ve created on the West Coast.  Same story as Austin, Santa Fe, and Phoenix.  As Tacitus would say, they make a desert and call it peace: or, to be precise, they descend upon a sublime natural setting, proceed to litter it with the unsightly sprawl ignited by their dollars, and then busy themselves with trying to legislate the squalor out of existence.  Such insane hubris–such arrogant self-absorption!  It’s the kind of mindset that draws thousands and thousands of unemployed, low-skilled migrants into a metropolis locally declared to be a “sanctuary city”, then piously denounces all the sudden car traffic and trashy curbside development.

The nouveau elite bring no sense of self-awareness or of practicality to anything they do.  They just spend their wad on nice digs, then encumber the rest of the community with contradictory regulations.  All the comforts of living the life of the haute bourgeoisie, all the feel-good sanctimony of forcing others to live by “higher standards”… this class of person makes me as nervous as unpredictable weather.

My wife wanted me to see the outdoor amphitheater at Red Rocks.  I saw it, all right.  I saw yuppified hippies walking their precious canines and buying tickets for the next concert, hiking and peddling for their all-important health (in expensive gear) on a Monday morning when normal people have to work, holding hands or locked in tighter embrace if paired as a single sex (heterosexuals almost never put on such public displays)… and I also saw mammoth stacks of brittle sandstone hurled cockeyed out of the earth by quakes, their inevitable destiny written at their base in the form of gargantuan fallen boulders.  If one of those walls should give way during a performance…

Human beings should leave places like this alone.  Instead, they swarm them to display some exhibitionist “love of nature”.  They run all over them like Lilliputians showing their mightiness on Gulliver’s sleeping face–or, in this case, advertising their superior sensitivity to the “green lifestyle”.  And, in both cases, an incredible small-mindedness peeks through.